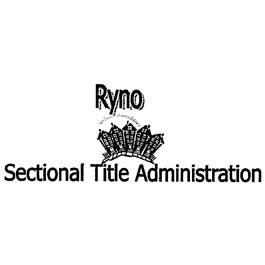 We are currently managing the interests of 44 Bodies Corporate.

As anybody who is actively involved with the activities of Bodies Corporate, which is governed by the sectional Titles Act 1986, would know, the Trustees are obliged to convene an Annual General Meeting of owners within four months of the end of the financial year of the body corporate. One of the main functions of the A G M is to consider the Audited financial statements of the Body Corporate.

A large number of Managing Agents find it very difficult, (sometimes impossible) to keep within the time frame prescribed by the Act because it is not always possible to obtain Audited statements (signed by the Trustees) in time. As it is imperative to have the A G M as soon as possible after the end of a financial year Managing Agents find it difficult to despatch notices in time due to Auditing of statements especially when the financial year of a number of their Bodies Corporate end on 28 February.

Ryno Admin encountered the same difficulties as other Managing Agents in this regard until we obtained the services Of Robert Jewell & Co C A (now Accounting for Entrepreneurs) some fifteen years ago. It can confidently be declared that we are one of the few Managing Agents who find it possible to have an A G M within six weeks to two months after financial year ends.

This is only possible because Robert Jewell C A is competent, absolutely prompt and has ample knowledge of the Sectional Titles Act and its regulations. We can recall numerous times where the Chairman of the Trustees reported favourably at A G M’s about the prompt response times that they experienced in discussing the draft statements with Jewell and co C A before signing the reports.

We could never render the quality of services that we do without the assistance and cooperation of Jewell & Co C A and that is the reason why they are the only Auditors that we have a working relation with and that we will recommend. We can recommend their services to any Bodies Corporate who requires the services of a reliable and competent Auditor.